Thanks to Alejo Salles and Quintus Kilbourn for feedback and review of this post! 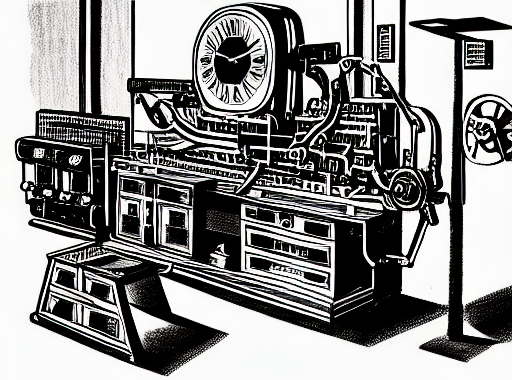 The order in which transactions are submitted to mempools is usually not their finalized order in ledgers. The term Maximum Extractable Value (MEV) comprises various ways of profiting from actively manipulating the order of, inserting, and censoring transactions. Front-running is one well-known way of profiting from inserting transactions. Front-running causes negative side effects such as financial loss to users of decentralized finance applications as well as increased load on blockchain networks. Recently, there have been proposals for consensus protocols which aim to include transactions in the same order as they were generated. In this article, we explore whether such First Come First Served (FCFS)-based ordering of transactions in consensus protocols can prevent front-running, as could be inferred from recent work123. Preventing front-running is particularly interesting, because the result of a transaction gets worse from the perspective of the sender if it was front-ran, and if front-running can be prevented so-called sandwiching attacks (i.e., another form of MEV) can equally be prevented.

Improving upon previous work12, Kelkar, Deb, and Kannan introduce a consensus protocol that aims to provide FCFS-based ordering7 of transactions in permissionless blockchains3. The consensus protocol guarantees that every transaction tx received before another transaction tx′ by a large fraction of nodes does not occur after tx′ in the finalized ledger. The consensus protocol works in the synchronous communication model and discretizes time into rounds such that transactions that arrive in the same round receive the same timestamp. Generally speaking, the synchronous communication model is used to reason about protocols in distributed systems. In the synchronous communication model, there exists some time bound Δ up to which the delivery of messages can be delayed.5 The authors prove that - in this setting - an adversary controlling up to a certain fraction of overall hash-power cannot manipulate the order of transactions, which would indicate that front-running can be prevented entirely. We argue that front-running a transaction may still be feasible, however, if transactions end up in the same round and therefore receive identical timestamps. For a real-world setting, the decisive question is: can the duration of a round11 be strictly smaller than the time it takes to create and distribute a front-running transaction? If the answer is yes, FCFS-based transaction ordering can indeed prevent front-running.

As the front-runner is incentivized financially, but other nodes would just incur higher communication and computation cost, we assume that the front-runner will choose a better position within the network than the average node. In this way, the front-runner can receive transactions earlier than the average node and their transactions may also be received earlier by other nodes. We roughly estimate dE2Efront−runner​ to be on the order of 50 to 200 ms and dE2Enodes​ on the order of 100 to 1000 ms. The time it takes to create a front-running transaction dTX​ can be roughly estimated to be on the order of a few ms to tens of ms, since just some quick analysis may be required before creating and signing the transaction. Δ presumably is quite large in permissionless settings over the Internet, because packet loss leads to timeouts, and retransmissions can take significant time so that Δ could be on the order of minutes (or even more). Inserting the rough estimations into Eq.1 results in [−895 ms,350 ms]<several minutes. So front-running is clearly possible.

What if FCFS ordering protocols were improved such that they can deal with (some) packet loss across the network? Then, Δ could be reduced significantly - probably down to the order of seconds. That changes Eq.1 to [−895 ms,350 ms]<several seconds, highlighting that front-running is still clearly possible.

What if the granularity of transaction ordering could be reduced from Δ down even further? Temporal ordering of events9 in distributed systems has been extensively studied early on13 in another context: clock synchronization protocols. We can use the results from that context to infer what is (im)possible in the context of transaction ordering. Contrary to common belief, no infinitely precise notion of time shared between nodes can exist in practice. The impossibility result by Lundelius and Lynch4 proves that it is not possible to synchronize the clocks of n nodes any better than ϵ(1−n1​), with ϵ representing the uncertainty in end-to-end delays. That result holds even if all clocks are assumed to have perfect oscillators (i.e., no clock drift) and nodes to be honest and fully interconnected. What that results tell us is that uncertainty in end-to-end delays is ultimately the decisive factor to the granularity of ordering transactions (not the maximum end-to-end delay) - even if all nodes act honestly, etc. Eq.1 then becomes:

Building upon the time-based framework in this article, how could front-running mitigation with FCFS-based transaction ordering be improved?

Effective and generally applicable front-running mitigation appears to be a significant challenge. But, based on the insights from our analysis, (how) could front-running be prevented in the first place?

In this article, we analyzed whether consensus protocols with FCFS-based ordering of transactions can prevent front-running in permissionless settings over the Internet. We showed that FCFS-based ordering of transactions alone can only mitigate front-running to a certain extent but cannot prevent it completely - even under a weak front-runner model, where the front-runner only controls a single node. This article highlighted the importance of the front-runner's position within the network, and how front-running mitigation can be improved if privileged positions within the network are hindered.

Based on our time-based framework, we discussed various ways to mitigate or prevent front-running. The discussion shed light onto two ways of how front-running could be prevented in the first place, i.e., having clients provably wait before their transaction can be included and hiding the content of transactions, why they could be effective, as well as their downsides. We discussed how FCFS-based ordering of transactions may reduce the downsides of specific front-running prevention mechanisms.

With that, thanks for reading, and looking forward to reading your comments! ⚡ 🤖